A Guide To Swamp Coolers: What They Are And How They Work?

Home>Blog>Appliances>A Guide To Swamp Coolers: What They Are And How They Work? 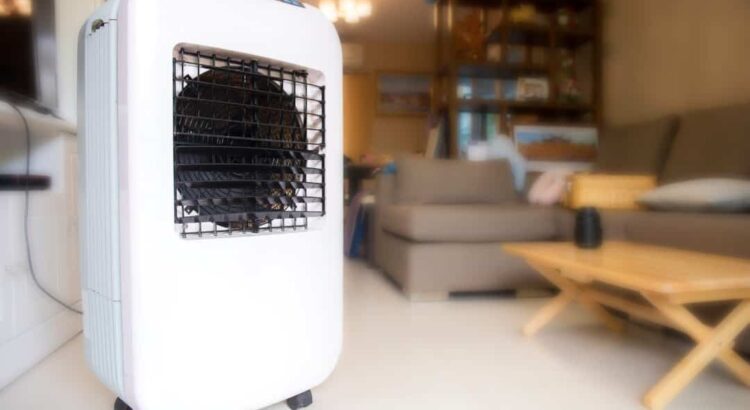 Swamp coolers are an economical and environmentally-friendly way to reduce temperature and add moisture to your environment. Swamp coolers use the natural process of evaporation to cool your surroundings. They are more efficient than traditional fans and have lower environmental and financial costs than air conditioning systems.

From Where Do Swamp Coolers Originate?

Evaporation is the method by which liquid turns to vapor. It can be traced back to the ancient Egyptian and Persian civilizations. Persians used a form of evaporative cooling. A structure called a windcatcher directed wind over water channels called qanat and used the evaporation process for cooling buildings. More Recent History showed that people who slept on porches or inside with windows open would hang wet linens up and use fans to circulate the cool, moistened, air.

Why Are They Called “Swamp Coolers”?

You might now be curious about the origin of the phrase “swamp cooler”. Aspen pads were initially used to absorb water and use evaporation’s cooling power in the early days of mechanical evaporative cooling. This created a musty, moldy smell that was reminiscent of a swamp. Don’t worry; evaporative coolers are much more advanced than wooden cooling pads.

How Do They Work?

How does a swamp cooler work? Evaporative air coolers work by using the process of evaporation, as previously stated. Imagine you are outside on a hot July day, sweating profusely and in desperate need of some relief. Then you realize that the fan blows over you and evaporates your sweat, lowering your body temp.

How is this possible? Evaporation creates a mixture between water molecules and air. This process requires heat Energy. You are then left with cool, moist, evaporated heat. Evaporative cooling occurs naturally near lakes and waterfalls. When dry air passes over water, some water absorbs it, making it wet.

Evaporative coolers mimic this effect by using a fan, water tank, and pump to draw in dry air. A wet cooling medium absorbs and retains the water from the reservoir. These cooling pads are typically made from corrugated cellulose sheets, which are chemically treated to prevent rotting and that “swampy” smell. The fan draws warm air through these media. Evaporation converts water to water vapor and then blows the now-cooled air out of the other side. Honeycomb cooling media is used in Evaporative Air Coolers. They are more efficient because they allow for humidity to be transferred into the air.

Evaporative cooling is a process that causes extra moisture to be released into the air. This is far more efficient than airflow alone. Don’t be alarmed if you get sprayed with extra moisture. It doesn’t spray out like a mist, but rather raises the humidity level in the surrounding area. The cooler emits temperature depending on the temperature of the air inside. You will notice a larger drop in temperature in warmer, dryer climates than in more humid, warm climates.

You should provide ventilation indoors. This means opening a window or door if you are using an air conditioner to let warm air out and allow cool air in. Ventilation is also important to prevent indoor areas from becoming clammy because of oversaturation.