Everything You Need to Know About Blocked Drains

Home>Blog>Appliances>Everything You Need to Know About Blocked Drains 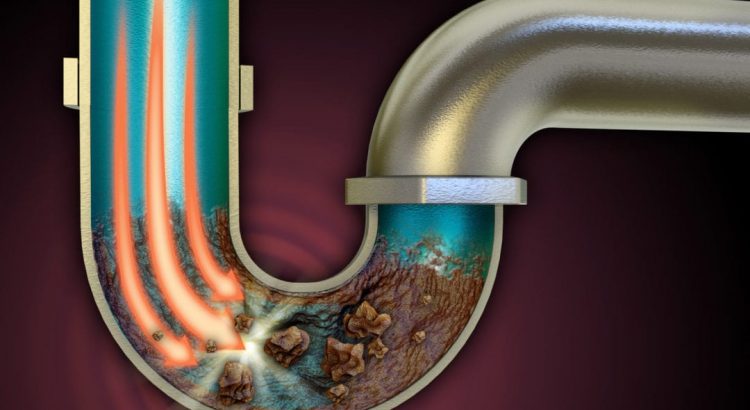 Blocked drains are inevitable. They tend to happen to almost everyone at least once in our lifetimes, especially more so if you’re already a homeowner with your property. It’s even more likely to happen if you don’t have drain guards to catch foreign objects going down your kitchen sink or bathroom drains, or when your pipes haven’t been replaced in a long time.

Since blocked drains are perhaps the common plumbing issue homeowners and plumbers would face, it’s best to know everything you can about it, including the causes, complications, when to call local plumbers Sydney.

Several factors can cause clogged drains, but often, it’s the accumulation of fat, grease, and oil, along with any debris and foreign objects caught.

Sometimes, it can be caused when a tree root reaches the pipe and finds a crack. It can grow within the lines, causing a blockage.

In kitchen sinks, oil and grease typically come from the leftover food we eat. You might have enjoyed some greasy bacon, then hand washed the plate on your kitchen sink. The water caught the cool grease and dropped into the sink, right in the drain.

Some homeowners also tend to throw the oil they used for frying in the sink. This is a big no since the oil would harden and accumulate in the pipes again, making it easier to trap even the smallest object, such as food waste. Your leftover bones, or maybe the peel of carrots and potatoes you’ve dumped in the sink since the garbage bin is far away.

Sometimes, we also drop some foreign objects in drains accidentally, including small toys, utensils, and pieces of jewellery. These could get trapped in the drain and cause some clogging.

Clogged drains in the bathroom are typically caused by hair and fat from soap. For those who are unaware, soap is made from fat. And sometimes, soap suds would stick to the pipe and accumulate over time, trapping strands of hair, dirt, and foreign objects that fall down the drain.

Flushing down tissues, wipes, tampons, and other products that don’t disintegrate in water also typically clogs a toilet. Of course, accidentally flushing foreign objects will also cause some blockage.

Signs of a Clogged Drain

So, how do you know if your drain is clogged?

Perhaps the most significant sign of a clogged drain is when your sink or bathroom is slow to drain water. Since something is blocking the flow of water, the draining will take a longer time than usual–sometimes, it doesn’t even drain.

Most of the time, multiple fixtures in the house, especially those on the house’s main level, would experience some backs up. However, the toilet is usually the first one to experience it. Then, tubs and bathroom drain.

Furthermore, you would typically hear unusual noises in some fixtures around your house. You would also experience some odd behaviour as well. For example, toilets wouldn’t flush properly, or water is gurgling when the water is running down from the tub, sink, or a washing machine drain.

How to Remedy Clogged Drains

Kitchen and toilet clogs may be remedied at home, and if the incident seems remote, you can try to fix it DIY.

For one, you can use the infamous boiling hot water remedy, especially on kitchen drains. This might actually help melt the grease and oil that have accumulated. By dissolving the substance, other trapped objects may fall off and allow the water to flow smoothly.

You can also use the vinegar and baking soda solution, but that’s if the clog is a little more stubborn than usual. If you also have plungers, the better.

Nevertheless, if things just aren’t looking great and if there are multiple clogs, you should call a blocked drain plumber to assess the situation and fix it based on the root of the problem.