How DIY Projects Helped People During the Pandemic 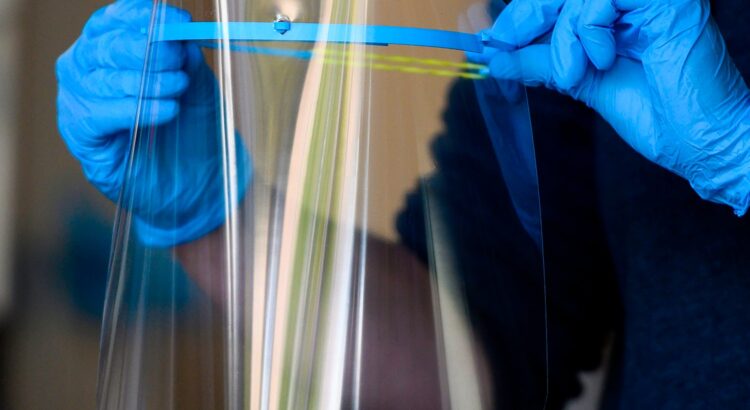 As we go further into the pandemic, as we continue to tread uncharted territory, DIY home improvement projects continue to grow increasingly popular. Many hardware shops and DIY specialty retailers have reported a significant increase in their sales ever since the pandemic started.

The most popular lockdown home improvement projects are landscaping, painting, lawn maintenance, decorating, and general home maintenance, according to a study released in October 2020 by Harvard University’s Joint Center for Housing Studies.

There are several reasons why people turned their attention and focus on home improvements during the pandemic. Many of them say that before the pandemic, they have been meaning to get some updates done around the house but didn’t have the time. With almost every one of us sent home at the onset of the pandemic, most folks now found themselves with way too much time on their hands with nothing better to do.

For most of us who were sent home, we took the time to go around the house and see what needed fixing and got around to it. It may have involved replacing HVAC filters, repainting an outdated room, working on an appliance repair, cleaning and redecorating the garden, whatever it is, people got things done around the house.

Before COVID-19 swept across the states, we didn’t think too much about the benefits of DIY. However, when the pandemic came and people started to get involved in different home improvement projects, many found it very therapeutic. More than just the satisfaction of getting a well-executed home repair done, it has proven beneficial in several different ways.

Improved Skills and Better Outlook in Life
Working on home improvement projects all by yourself without any professional aid is a feat not easily accomplished, especially if you have low to zero knowledge about it and had to learn everything as you go.

For many people, the fact that they picked up a new skill along the way is already a win in itself. While some of us have basic knowledge about fixing leaky faucets or properly painting a room, any first-timer considers it a major accomplishment—a breakthrough—to know that they are actually capable of doing such things, most especially if they got it right the first time.

This taught most of us that we could accomplish things we never thought would be possible if we just had the time and the right motivation. We learned that we could save enough money by doing things that we used to pay other people for. We gained a different level of confidence, knowing that we have grown as individuals and learned new and practical skills.

There might be something deeper than just the satisfaction gained with learning something new and seeing the work of your hands.

Long-Lasting Rewards
One of the things that the pandemic has taught us is how to adapt to change, which is a critical life skill to possess. Researchers have claimed that learning new things and picking up new skills have very invaluable health benefits.

But more than just increasing our brain’s power, it has also helped preserve our own sanities. Understandably, most of us aren’t wired—nor are we prepared—to spend weeks and months indoors, confined within the four walls of our homes. The isolation it has brought has triggered anxieties and depressions all around. We’ve all heard about how many people were inconsolable during the lockdown period, about they almost lost their sanity because of the loneliness they felt.

People learned how to cope with the situation by turning their attention to hobbies and other interests. Some people were fortunate enough to have been called in for work, albeit remotely. At least they now had something to do instead of moping around at home with nothing to do.

And then some decided to beautify their homes, realizing that it might be helpful since they will be spending a lot more time at home more than they expect.

The shift that these people made to improve their physical surroundings helped them improve their well-being. The redirection of thoughts and feelings into something productive, which resulted in something visually pleasing, helped many people minimize their stresses and anxieties.

They admit that working on DIY home improvements helped them maintain their sanity and keep them from sinking into depression. It has also taught them certain valuable life lessons that they would not have learned if they had not engaged in it.

At the end of the day, we all found our own ways of coping with the pandemic. Those who turned to DIY home improvements not only increased the value of their homes but ultimately saved themselves from going into depression.